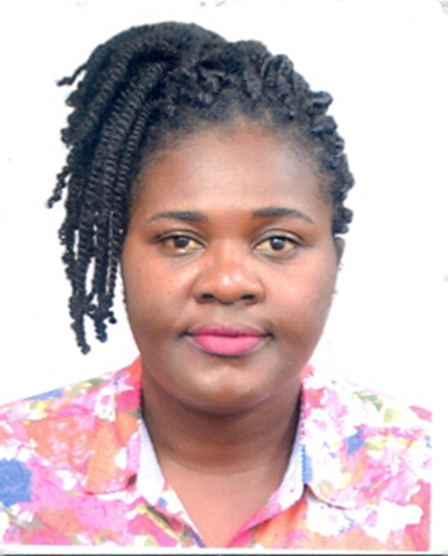 Research Interests
After graduating with B. Sc Agriculture with specialization in Animal Science, I developed a passion for animal agriculture and that spurred me on to further my career in animal production. I have worked as a research scientist in this Institute for the past ten years in the poultry and livestock sector. I have gained practical research experience working at the poultry unit of the CSIR-ARI and my skills and knowledge in animal nutrition has been enhanced immensely over the years. Please, highlight the aspects of poultry that your research target

Mrs. Achiamaa Asafu-Adjaye Koranteng joined the CSIR-Animal Research Institute in May, 2009 as a Research Scientist. She worked as a regulatory officer at the Food and Drugs Authority from the year 2007 to 2009 prior to joining the CSIR. She acquired a Bachelor of Science degree in Agricultural Science (Animal Science major) from the Kwame Nkrumah University of Science and Technology. Her M. Sc degree was acquired in Animal Production and Nutrition from the University of Aberdeen, Scotland, UK. She was the field coordinator for the ARIBRO broiler breeding project which ended in 2017. The project involved the development of the fast-growing broiler breed called “ARIBRO” at the Institute and with the staff of the Institute headed by Professor Kwame Boa-Amposem. She was involved in data collection, analysis and dissemination of results which were used for the development of this technology. She was the sectional head of the poultry unit of the Intensive Livestock Production System Division. She was a member of the team who worked on the Small Ruminant Breeding project in northern Ghana. The project’s aim was to develop new breeds of sheep and goats with high matured body weight to meet the growing demand of sheep meat in Ghana. She is a member of the Ghana Society of Animal Production where she became the Vice-Secretary from 2013 to 2015. She was appointed as the acting Head of the then, Intensive Livestock Production System Division in 2016 to 2018. She was later appointed as the Head of Farmed Animals Technology Development Division after the Re-engineering of the Institute’s organogram focused on modern technologies for livestock production and technology packages for different categories of livestock farmers.